Horizontal weather cards are the second portion in my forecast screen. It contains a message, relative timestamp and an image depicting the weather. Since I don’t have images in handy, I picked one and used for all the cards. I got creative with messages though.

We have card and an image stacked in z order and they overlap. A constraint layout can be used to build this card, but I wanted to try box. It’s like FrameLayout to me. Also using constraint layout for simple layout is an overkill. Be it android native UI or Compose.

The overall composable blueprint looks like in below image. To understand better, let’s build this layout bottom-up. 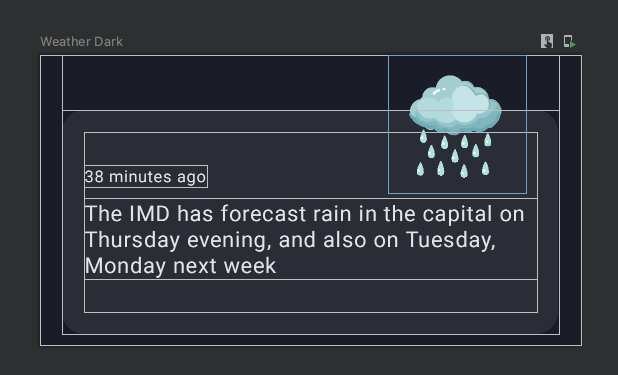 Two labels wrapped in a Column with spacer makes our card content. Spacers are added in between the elements to make up required spacing between the labels and the parent (Column).

Now put a card around it and apply few modifiers to it. 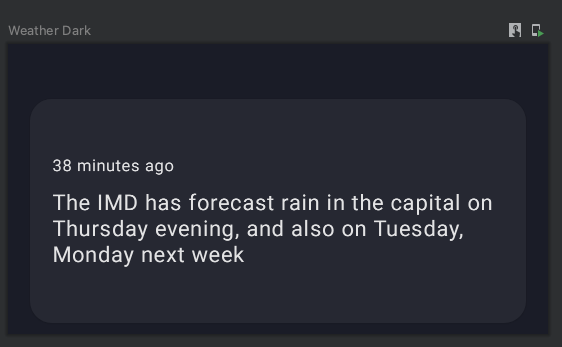 Putting all in a Box

Box layout stacks all the elements in given z order. Most recent one will be on the top. So, let’s put the Card first then the Image. 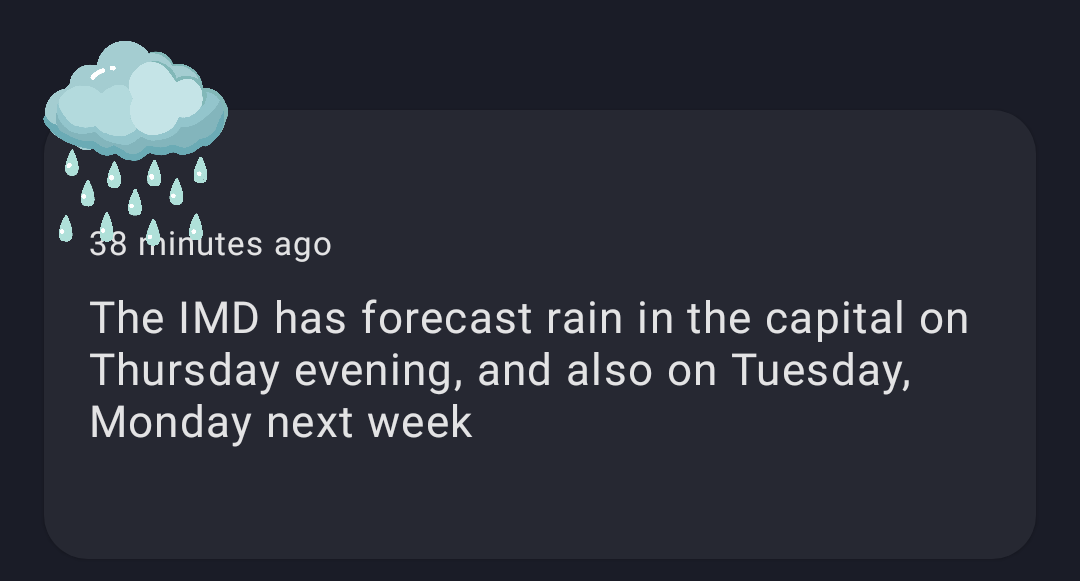 Hmm… The rain wasn’t supposed to shower there. Let’s pull it to the right and shift a bit to the left. Children of Box has access to few properties to help with alignment inside the container. 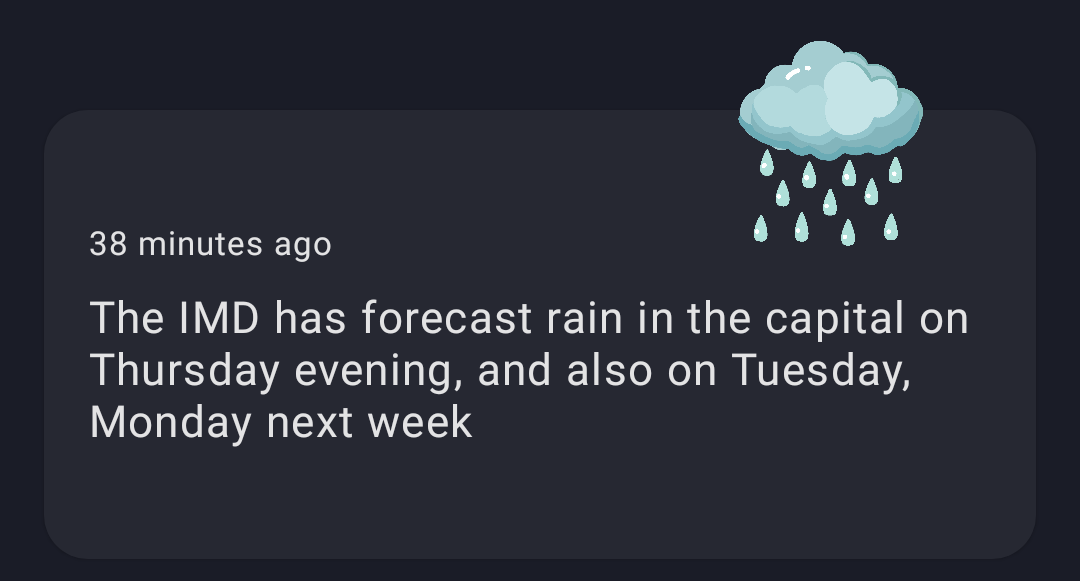 Google accompanist has an incredibly good set of extension for compose. To implement the pager & indicator, we need corresponding dependencies added to our codebase.

Next step is to wrap the pager and indicator inside a Column and provide a list of mock objects to the render in WeatherCard that we built in above section.

This is again an example for thinking in compose. Pager updates the pagerState, and PagerIndicator reads the same. Both of ‘em doesn’t know other component exist. Decoupled and yet communicating.

Embedded the entire gist below. If not loaded properly, use this link.

Introduction Sharing my experience with jetpack while practicing with the weather - forecast screen(from uptechteam). While surfing dribble this particular shot caught my eye. Minimal - subtle col...

Jetpack compose has an elegant way to cut out a Compose view into the desired shape. I’m covering few shapes that are available in the core compose lib and where do they differ. All the shapes dis...

Why should I go for compose?

Get productive with GraphQL — Type Adapters