Testing in Android has been a pain from the beginning and there is no standard architecture setup to execute the frictionless test. As you know there is no silver bullet for all the snags. This piece of article covers how do you fake dependencies to your hilt-viewmodel and assert the same from fragment using espresso.

What do we achieve here?

-or- Explained in a single picture 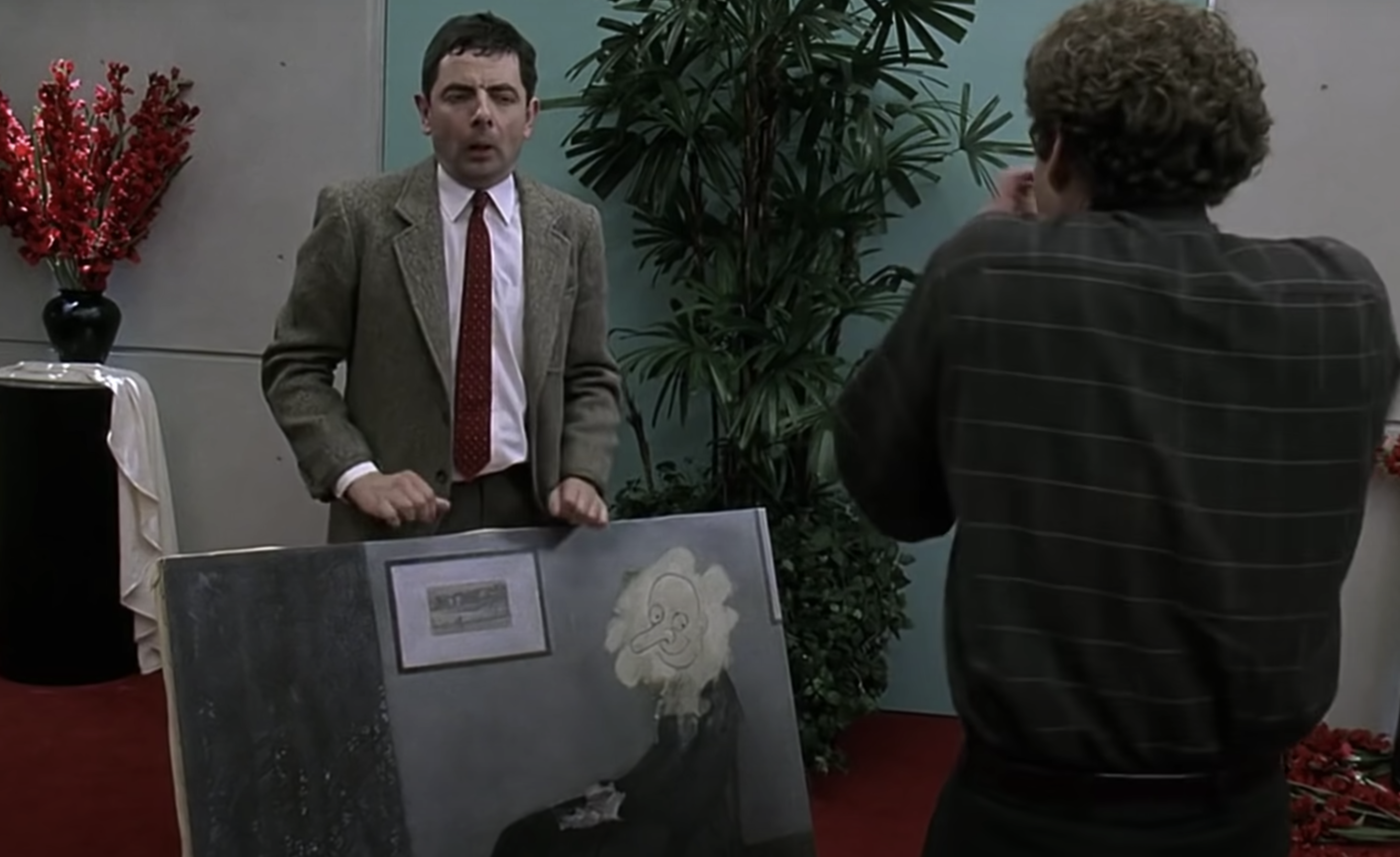 100% code coverage is a myth and the more you squeeze towards it, you end up with flaky tests. Provided the content is dynamic and involves latency due to API calls, it is simply hard to achieve. So, to what degree we should write tests?

Here we cover how to write the integration and UI tests using hilt. Before the actual implementation, take a minute to read on test doubles (literally a very short article!). We’ll be using Fakes in our tests. Keep in mind while coding:

To recap from previous article, we have a fragment that requires a Profile (POJO) object which is provided through a ViewModel. DataRepository acts as a source of truth here and returns a profile. ProfileViewModel is unaware of the implementation of DataRepository and Hilt resolves it at compile time.

Although HiltTestApplication is present in our app, it is not used in tests yet. This hookup is done by defining a CustomTestRunner. It points to the test application when instantiating the application class for instrument tests.

And the final step is to declare the test runner in app/gradle file.

In android, there are Unit and Instrumentation tests. Although both identify as tests, they cannot share resources between them. Here, few places where tests will lookup for classes. 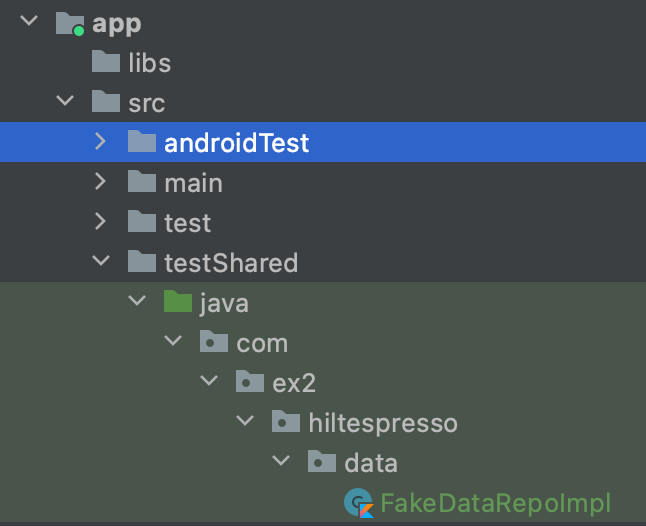 The next step is to add this to test and androidTest source sets. In app level gradle file, include testShared source set to test sources.

In the integration test, we’ll verify data source and viewmodel coupling is proper. As seen in the testing strategy section, tests run faster if the emulator is not involved. Here, ViewModel can be tested without UI. All it needs is the DataRepository. In the last section, we placed the FakeDataRepoImpl in the shared source set. Let’s manually inject it and assert the data.

💡 Why ProfileViewModel is instantiated manually instead of using Hilt?

This is the piece of HiltViewModelFactory which instantiates ProfileViewModel. The SavedStateRegistryOwner, defaultArgs are coming from Activity/Fragment that is marked with @AndroidEntryPoint. So, instantiating the viewmodel with hilt also brings in the complexity of launching the activity and testing the viewmodel from there. This will result in a slower test whereas viewmodel test can run on JVM like we did above.

Instrumentation/UI tests run on emulator. For this project we’ll assert whether the name in UI matches the one in (fake) data source.

In a real-world application, the data source is dynamic and mostly involves a web service. This means UI tests tend to get flaky. So, the ideal approach is to bring down the UI to have finite-states and map it to the ViewModel and fake it.

Kotlin sealed classes are a good fit to design an FSM. The aforementioned use-cases are not covered here!! (and won’t fall into a straight line to write an article). So, here is the blueprint on how do we inject our fake for ViewModel.

For instrument tests (androidTest), hilt is responsible for instantiating the ViewModel. So, we need someone who speaks Hilt’s language. Create a fake module that will provide our FakeDataRepoImpl to the viewmodel.

Notice the TestInstallIn annotation. Defining the replaces array will make the original ProfileModule replaced with FakeProfileModule. While building the component, hilt will replace the original module (and thus dependencies) and instantiate the ViewModel with the fake repo. Our UI will use the viewmodel and tests will assert the same.

The final piece is to write a test that uses the faked component. All it needs is a couple of test rules and annotation from Hilt. Rest is generated!!

The rules are executed first before running the test. It ensures the activity has dependencies resolved before test execution.

The espresso & hamcrest matchers are descriptive. In the view tree, it lookup for a view and assert whether it’s visible and carries the text defined in fake data repo.

This article gave a blueprint for organizing the code in order to achieve component links in isolation. Apart from the hilt-related setup, this practice could benefit even the code that was built with manual injection. Just follow these key takeaways.

In case you wonder about the execution time, here it is: 5ms vs 3.5 sec

Hilt is a modern android DI framework for dependency injection. It is merely a wrapper around Dagger2. Forget dagger-android, hilt brings a lot to our plate. This article covers steps to add hilt t...

This is the second installment in the three-part series. To understand better, you can read part1 or open the github project to explore the code. Part1: Android — Basic Hilt setup with viewmodel +...

In multiple cases you might’ve came across the situation where you have to cast a global variable and check the instance beforehand. A most common case in Android environment is to check whether...

Android Utility belt — Collection of dependencies for a greenfield project